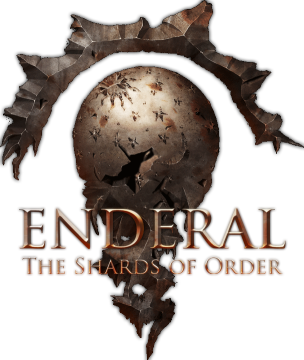 Enderal - The Shards of Order is a total conversion mod currently in development for Bethesda Softwork's Skyrim. The story of Enderal is not set in the Elder Scrolls world of Tamriel, but takes place in its own universe, creating a new, interesting world completely unrelated to Skyrim. Enderal is being developed by volunteers from the dedicated modding community SureAI, best known for their acclaimed Oblivion total conversion Nehrim – At Fate's Edge that was awarded “Best Singleplayer Editor's Choice” by moddb.com and “Mod of the Year 2010” by PC Gamer. Enderal bases upon the Skyrim game engine and aspires to become a role playing game comparable to professional game industry products. The continent of Enderal is the stage for an extensive, completely new and epic adventure.

Enderal is not only the sequel to Nehrim, but also takes place in the very same universe, just a couple of years after the events of the Nehrim story line. It aims to continue the tradition of the intensive and complex storytelling introduced in Nehrim. This basically means: What we do here is fantasy for adults, it is dirty and immersive, and there are no fairies. Nehrim's storytelling had some flaws that we want to get rid of – there will be more player decisions and deeper characters. In addition, the skill system will differ a lot from the one in Skyrim. Enderal will feature the known XP based skill system from Nehrim, improved with a different skill system that will help players to specifiy their characters in a more detailed way, thus intensifying the connection between player and avatar. Long story short, Enderal will be a classic RPG with alternative storytelling. Be excited!

We do not yet have a release date and will not include a progress bar.