While we're counting down the days until release (we heard back from Valve), we'd like to give a shout-out to the people without whom Enderal would have never been possible: The voice actors.

Recording over 150 hours of dialogue in two languages with not as much as a dime in our pocket was a task so daunting that it at first seemed impossible. That it became a reality is only thanks to over 90 German and English voice actors, who made our game come alive. Like everyone involved in the project, they did this for free – which, in a competitive industry with harsh working conditions is nothing to be taken for granted.

While we cannot give every single one of those voice actors an individual post, Enderal wouldn’t be the game it is without each and every one of their work. So, before we get started, a huge thanks to everyone who contributed. You rock!

The first actor we'd like to spotlight is Andreas Wilde. He was both the German and the English voice of Tealor Arantheal – while he started as a sports commentator, he started voice acting in the early 2000s. Amongst others, he dubbed in shows such as "Game of Thrones" or "The Arrow" and movies like "Colombiana." Needless to say, his portrayal of Tealor was incredible.

Sadly, Andreas passed away in May 2017. We'd like to extend our condolences to his family – it was a pleasure working with him, and we're honored to have his voice and talent live on in our game. 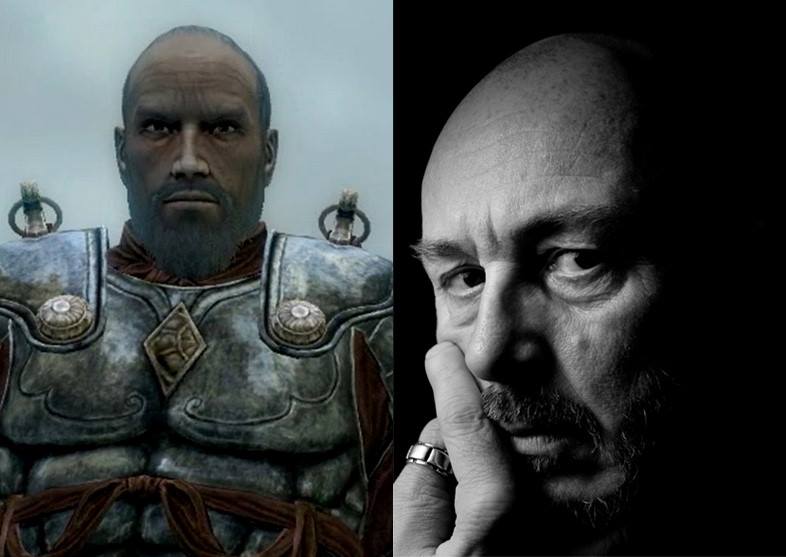 Discussion of this topic
“We're going to San Francisco. Flowers in your hair are optional."
- Mr. Wednesday, American Gods

It may not be obvious, but writing and (especially) voicing Jespar was a balancing act that required a lot of nuance. Make him too carefree and funny, and he would have been your run-of-the-mill, wise-cracking best buddy companion. Too cynical, bitter or melodramatic during his philosophical rants and personal stories and he would have been a cheesy Fantasy noir character.

Over the 1 ½ years of our cooperation, Ben did a stellar job bringing Jespar to life. His feedback was invaluable and his patience endless, no matter how many re-reads we requested. Ben, you’re a terrific actor, and Jespar wouldn’t be who he is without you. Thank you!

Amongst other titles, Ben appeared in games such as Ether One, Shardlight and Lamplight City.

Note: We’re doing these in order of total word-count per role – once again, Enderal wouldn’t have been possible without every single voice actor who participated. 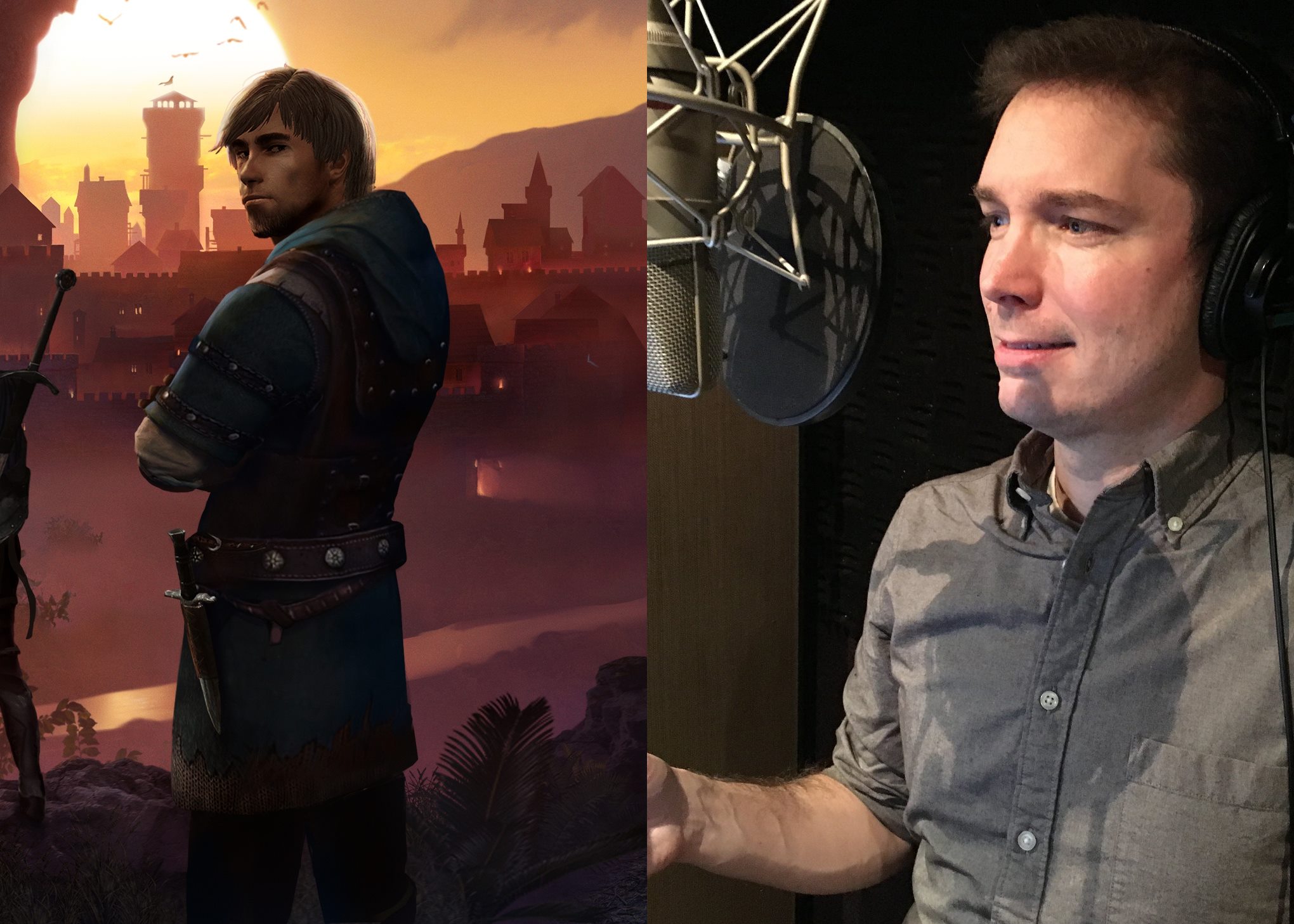 Next in line: The very talented Caitlin Buckley a.k.a. Calia Sakaresh.

Like Jespar, developing the right voice for Calia was a journey. She was quite different in the first bits of dialogue I wrote for her - angrier, more righteous, more outspoken. Only when Caitlin’s (and Michelle Winter’s, her German voice’s) first recordings were in, we realized that Calia’s personality wasn’t yet what felt right to her - and slowly, steadily, she grew into the quiet, heavy-hearted but ultimately idealistic woman she is today. She’s as much Caitlin’s work as she is ours, and for this, we owe her our thanks - you’re amazing!

Caitlin has been in voice acting business since 2015 and has appeared in several indie projects and Skyrim mods. 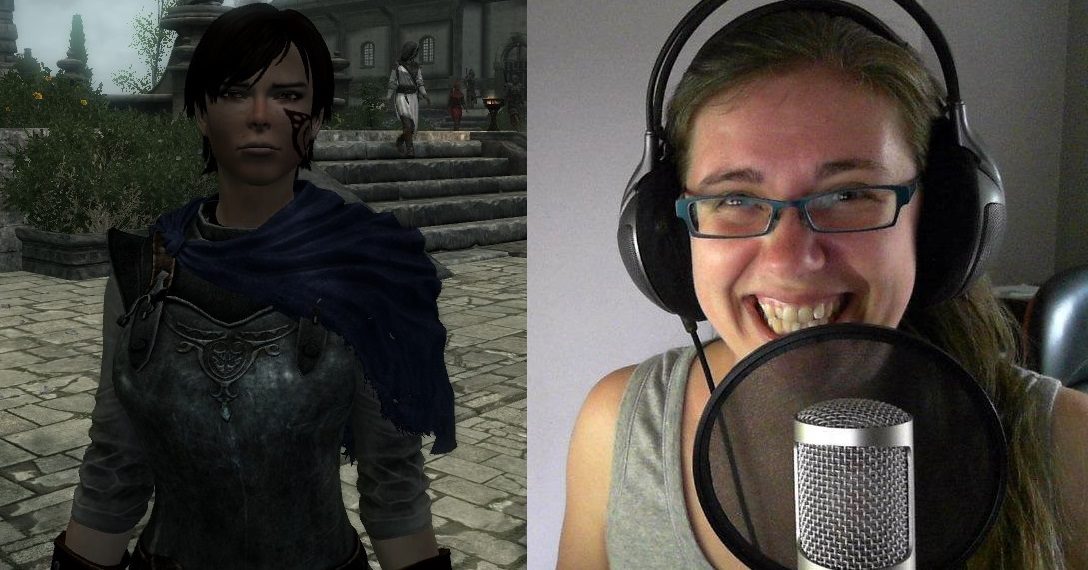 Today, we'd like to honor an extraordinary voice actress: Lani Minella. Though she "only" voiced a handful of side characters in the main game (amongst others, Adila Dal'Varek), the English localization simply wouldn’t have been possible without her. She put in a good word and recommended us to many talented voice actors, some of who ended up taking on quite substantial roles. In Forgotten Stories, Lani stars as a pivotal character in the Rhalâta plotline who, as we believe, will send shivers down many peoples' spines.
Since Lani, as the former voice of Nancy Drew and with over 500 video games in her portfolio, is somewhat of a legend in the voice acting industry, we didn't expect her to get back to us when we reached out to her in early 2015. She did.

Thank you, Lani, for making this project reality! You're a great actress and a fantastic person!

Today's shout-out goes to River Kanoff. He's the voice of several miscellaneous characters, but more importantly, our favorite Qyranian mage: Yuslan Sha'Rim. River's nuanced play really brought Yuslan's character to life, brooding, but never clichéd, and his patience was saintlike, even when faced with a million pick-up requests for his last scene.

River will also slip back into his role as Yuslan for Forgotten Stories, in a special quest that further explores his past. Or, more precisely, the what-ifs.

River has been in the voice acting business since 2006 and has appeared in numerous games, shows, and animes. He also head an association of voice actors, musicians and writers in LA called solidStudios.
Thank you, River! 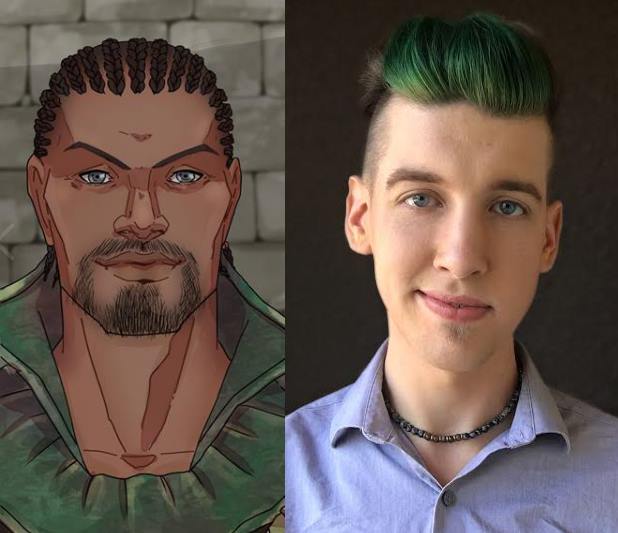 Let's continue with the Voiceactor Spotlight!

Today's spotlight is all about Philip Hurd-Wood. Philip was the voice of our cheerful soul Constantine Firespark.

Philip is an incredibly talented actor, writer, voice actor and also engaged in theatre. One of his works is in BBC's "Mrs. Throgmorton's Academy" which he wrote, directed and in which he even performed.

Thank you for your amazing work! 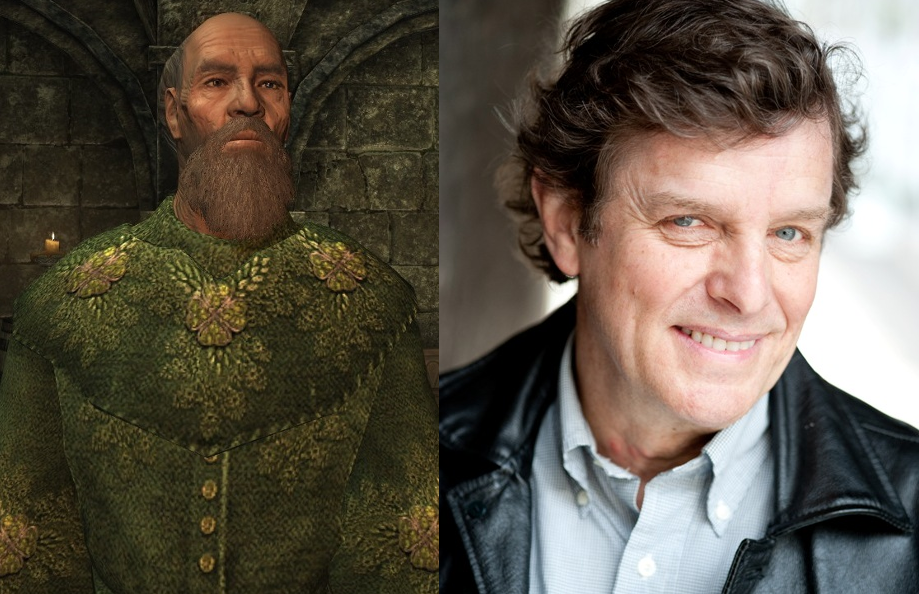 "By the Prophet's ass!" We all know and love her: Our favorite cusser, Lishari Peghast. It was Sarah Dawe who put up with all this profanity and turned her into a character that turned out far more popular than anticipated. Thanks for your patience and your commitment!

Lishari will reappear in Forgotten Stories, in a quest that explores the events after a certain incident. Look out for a messenger!

Sarah is a former science and math teacher and nowadays active as a voice actress and singer.