Now let's assume that your game sold very good and earned 100 mil. $. Out of this money you must finance your next even better or bigger AAA project, and you must return investments from previous project. Today game developing is very expensive and costs 50, 100 mil. or above.
5% means that that you must give 5 mil. $ to Epic. Would't you feel a little bit uncomfortable with this?

That is the by far worst argument ever. And makes me crumble.

If i have to pay 5 million to epic... dont you think i still got 95 Millions left???
They earned it and i got 95Million. Hella yees i subscribe instantly. Thats a hammer of nice deal!

And dont you dare to think that there is a "usual" number for game developing costs. It depends on the game to be made and the ressources on the team. It can vary heavily... We are not in AAA fairy land. Im an indepandant developer and i dont even have 1 million... I still can do great games. THats the reason why you are here... Sure started of with nothing then a old stinky shoe.
And they still got nothing invaluable. Except a great community and nice projects. They didnt needed any penny for that.
Nach oben

Sure started of with nothing then a old stinky shoe.
And they still got nothing invaluable. Except a great community and nice projects. They didnt needed any penny for that.

To say they didn't need a penny is also incorrect. No doubt they have spent quite a few pennies of their own over the 10 years or so they have been doing this, and also they have posted various methods for their fans and supporters to donate more pennies, should they feel the desire to do so.
Nach oben

Filizitas hat geschrieben: Im an indepandant developer and i dont even have 1 million... I still can do great games. THats the reason why you are here... Sure started of with nothing then a old stinky shoe.
And they still got nothing invaluable. Except a great community and nice projects. They didnt needed any penny for that

People who will play Enderal want games like this. They have very huge expectations and want such things like "Enderal 2". The production value of Enderal is at the level of AAA games - in most aspects. They don't want indie games. We would need at least 20 mio $ and lots of new and highly skilled developers to make Enderal as a regular game - As a game that it is and uses the old technology of the last hardware generation like Skyrim did - Not next gen hardware.

There is no chance to get a budget like this. But I think the people wouldn't accept an indie game with a significant lower production value after enderal. The gamer community is a very intolerant one.

By the way, why should they pay for an indie game if they are even unwilling to pay for projects like Enderal?


Starac hat geschrieben:I have downloaded it, but didn't try yet. There are already tutorials on the net.

Btw, Bethesda should consider this engine. This is opportunity for them to change their own finally. It is free you know! Bahahaha!

Which means: No mod support for the next bethesda game. The Creation Engine and Bethesda's in house tools are the basement for the whole mod support.

Zitat
Metanoeite, now you have me confused. I thought SureAI's goal was to become a for-profit game developer. You've said you can't make an indie game because expectations following Enderal would be too high, you can't make for-profit mods because gamers won't buy them, and you can't get the budget for an AAA game like Enderal.

Frankly, SureAI's future is somewhat enigmatic, even to ourselves. As Johannes (Metanoeite) said, there have been attempts at going indie, and we even developed a prototype for a game. While the game itself was very promising and could have been something SureAI fans would have liked, it was the process of finding additional team members (more artists/coders) that didn't work out - the people simply couldn't deal with our expectations and the quality we were aiming for. (Obviously, that's our way of viewing it, they would probably tell you a different story). Right now all of SureAI's core members have other plans for after the project, but at the same time, turning SureAI into a for-profit developer is not off the table at all. It really depends on how well Enderal is received.

Zitat
You guys should get on kickstarter, Im sure alot of fans will support you. I know I would. First project doesnt need to be huge, more like startup for raising money and testing grounds. Look at how popular is Stardew Valley. And it was done by 1 man
Nach oben

Zitat
I might too. You know guys I enjoyed Nehrim so much and put so many hours into it so it''s crazy that it's free.
Nach oben

Zitat
Back to the engine stuff. Crytek announced CRYENGINE 5 today. 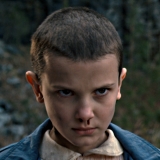 Zitat
I know this is an old thread but I just wanted to say that for their next game SureAI should please use UE4 and not any Bethesda engine as they're a goddamn trainwreck and I don't like them.