Zitat
Please do something to run this game on linux and remove .NET launcher if exists.

I try wine 5,6,7 Proton (from Steam of course)
I have 3 official oblivion DVD's

I try to run NehrimLauncher.exe - NOPE . Just nope
I try to run it from steam but i cannot PRESS start key game and even sees menu.
Im added nocheck.txt
From obse_loader.exe game runs but HUNGS (fall) with start game screen 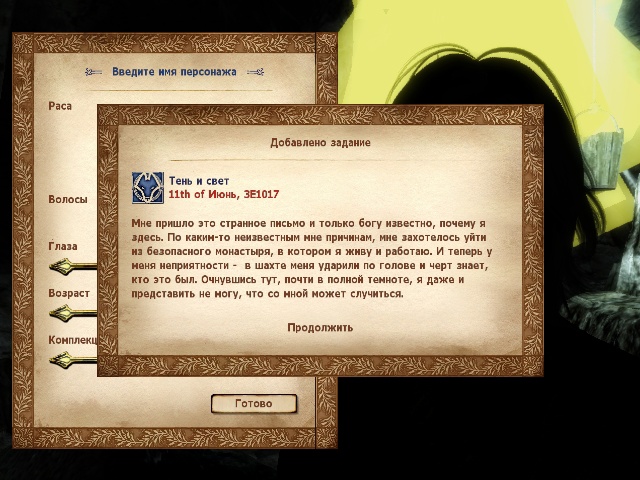 I have only 1-3 seconds to play and select race...
Game inplayable completely.
Joystick (Pad) from PS3 no work with nehrim
2560x1440 declined and game reselect crappy 640x480 (!) but i can change all other settings in menu and it accepts

Zitat
hello dj--alex
First of all, we are not experts for Linux or openMW and we can not support them!
But on the net there are several sources for "Linux + Oblivion and Morrowind", openMW has its own versions for Linux and even Steam has a Proton connection,
but whether that is compatible with your version, I can not say.
So first your task would be to get the original games to run, after that you still have some things to change by hand.
It's not witchcraft, but some things to learn.

about Nehrim:
For the Nehrim Steam version you need Oblivion on Steam!
Everything the Nehrim Launcher does, you have to do manually.
The Nehrim-Launcher does not change more than the oblivion.ini (Oblivion-Settings) and the plugin.txt (Mod's and loading order),
for these files there are several manuals for manual editing.
After that, Nehrin Launcher uses an internal trick to launch oblivion.exe with obse.dll without oblivion launcher,
(in the steam version we do not use the obse_loader.exe, this file is only for non steam installations like GOG!
alternatively use the older Nehrim version for the Oblivion CD version without OBSE would work)
The original Steam-switcher saves your Oblivion installation and installs Nehrim in the actual Oblivion folder, overwriting the original.
Otherwise you have to do this manually.

PS:
- Oblivion is not designed for higher resolutions than 1920x1080
- under linux also disable or delete the external tools: d3d9.dll, enbhost.exe in Games folder and AltTabFix.dll in ...\Data\OBSE\plugins
- those yellow-green exclamation marks in your video also indicate missing files due to incorrect installation


Similar changes have to be done for Morrowind (or openMW), if you want to install MyarAranath and Arktwend.
Archäologin und Mumiensammlerin? ja