Crash upon entering a certain location.

Crash upon entering a certain location.

Zitat
Hello
So, my game crashes on attempting to load the area called Castle Golden Ford, Keep every single time.

Playing on the Special Edition.

Things I have tried:
Validating game files.
Re-installing the game.
Exploring for a while and then coming back.

I have managed to enter the area, but only the first time I tried. I couldn´t handle the boss, so I ran. When I entered the previous area, the enemies spawned next to me, I attempted to fight them, but then the game crashed. Upon reloading the save where I entered the previous area, the enemies were gone so "no problem, I guess I'll try the boss again" I thought. However, the moment the game shifted to a loading screen, the game crashes instantaneously.
I posited this problem to the subreddit and was told to install the mod that creates crash-logs and "upload it somewhere" after having reproduced the crash. I figured I would do so here and the crash-log is in the attachments.

Re: Crash upon entering a certain location. 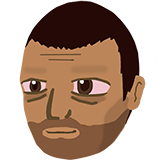 Can you also upload a savegame before the crash happens? That would be helpful to debug it.

You can find savegames in the folder "My Games\Enderal Special Edition\Saves". We would need the .ess and skse file.
Make sure to pack them as a .zip or .rar file since the forum doesn't accept .skse files.
Nach oben

Re: Crash upon entering a certain location.

Zitat
Hey, thanks for your reply.

This is the only loadable savegame that exists prior to the crash, so I hope that is enough.
I just did the "send files to compressed folder" thing so I hope that was enough.

Good luck, and thanks again