Bug After the Quest Fleshless

Bug After the Quest Fleshless

I'm experiencing a strange bug in the main quest Fleshless where the player is required to teleport to Sun Temple. No matter the choice I make (destroying the beacon or fleeing to Star City) when I teleport to Sun Temple I cannot climb the stairs correctly. It acts as if the tcl command is used, I pass through everything except for the small part of the temple where I first teleported to.
I cannot do anything other than talking to the NPCs and passing through one of the gates (the one leads to where the escape pods are). I can only reach the beacon and talk to Tealor Arenthial using the tlc command (otherwise I cannot climb the stairs and end up at the bottom of the temple) and when I try to interact with the stones nothing happens - there's not even an option to interact.
Also, Calia is nowhere to be found (when I tried to go to her location with moveto command it took me to an empty cell with floating rocks with various NPCs on them and Calia was in the state as I left her the last time - she only said I'm glad you visited me).

As I said, I tried both of the ending and this bug is present in both of them.
I tried both teleporting immediately after speaking the Jespar and walking back to surface realising I cannot pass though the door so I must teleport.
I tried reloading many times.
I only used the tgm command when fighting the Black Guardian.
I didn't complete Yuslan's quest
I have no other mods besides Enderal. The main Skyrim game is installed (with all three DLCs).

If there's a way to properly load the quests after Fleshless by using console commands I can happily use them if you can guide me.
Thanks in advance to anyone who might be able to help or relate ~
Dateianhänge 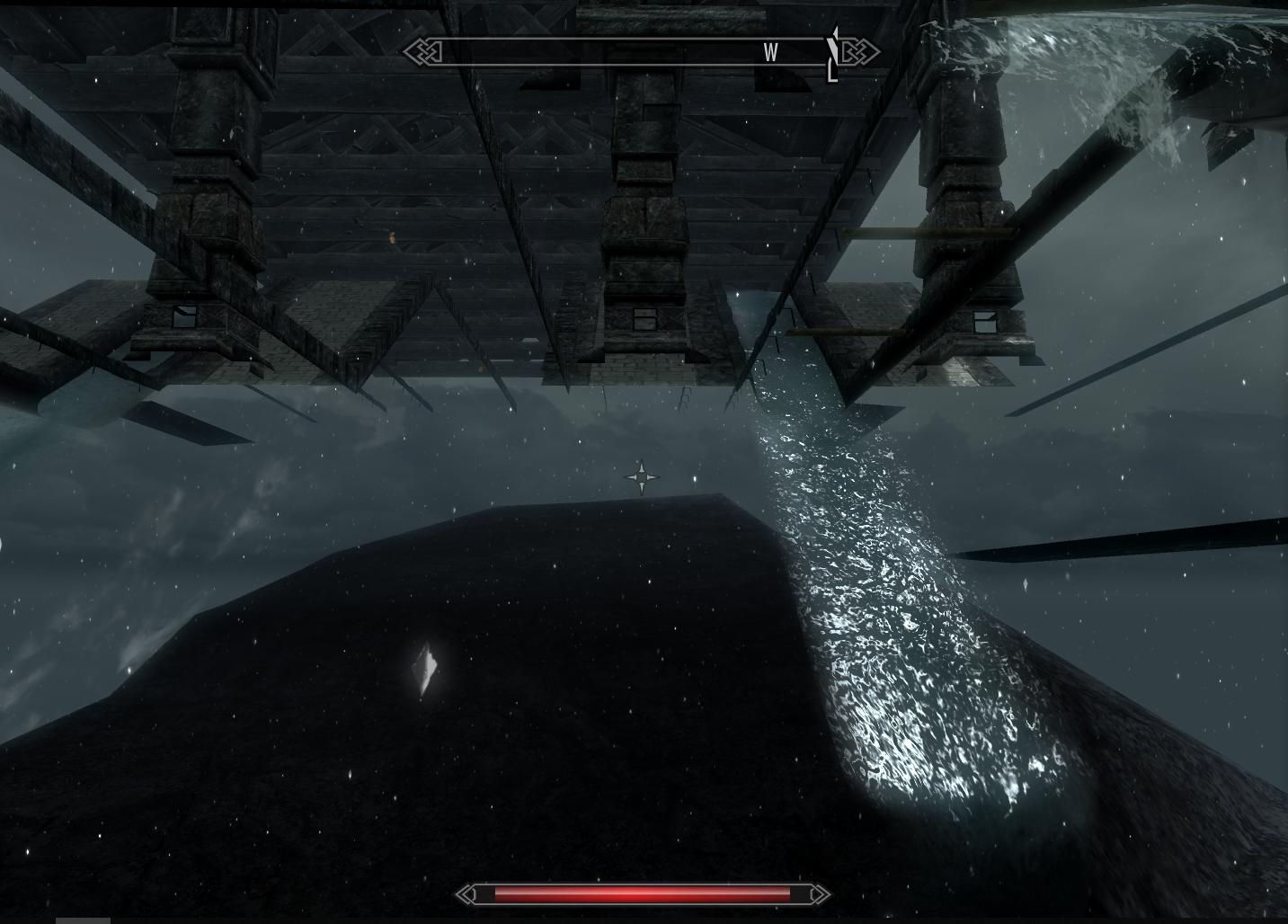 I end up under the temple when I try to climb the stairs
Screenshot_7.png (1.91 MiB) 419 mal betrachtet Saves.rar
The save file from my last attempt
(1.71 MiB) 6-mal heruntergeladen

Re: Bug After the Quest Fleshless  [solved]

Zitat
hi, welcome to the forum

we'll keep an eye on that (because i have no idea what that is),
but in the meantime you should be able to continue with just entering and exisitng the Chronicum.
- everything should be back to normal (first person ist fixed, you can walk, Calia is where she's supposed to be)

Re: Bug After the Quest Fleshless

Zitat
I've just completed this part of this quest and I had the same issue. In my case, I was able to resolve it by loading an autosave that was created after I arrived in the Sun Temple.
Nach oben

Re: Bug After the Quest Fleshless

but in the meantime you should be able to continue with just entering and exisitng the Chronicum.
- everything should be back to normal (first person ist fixed, you can walk, Calia is where she's supposed to be)

This helped and the problem seems solved now. I tried reloading other saves and they are fixed too. Thank you so much!
Nach oben
Antworten
4 Beiträge Seite 1 von 1
Zurück zu „Support“