Zitat
this is my first time playing through Enderal and I'm loving it but, i found a major bug near my copy of Shimmering Cove and Ancient Circle of the Lost Ones. the ground textures and mesh are completely gone in spots and the player can easily fall through the map into a body of water below. it appears like its a certain "trail" or "Road" texture that's missing. i highly highly doubt that i have any mod conflicts as the only mods that add things or change things in the world are a spell that allows me to summon a spectral storage chest, CrimsonTide, (blood texture mod) and ClefJ's Frostville but i tested with and without frostville and the same problem existed. my other mods are mods that change the UI and Animation mods like dual sheath redux and skyUI.

here is some pictures for reference: 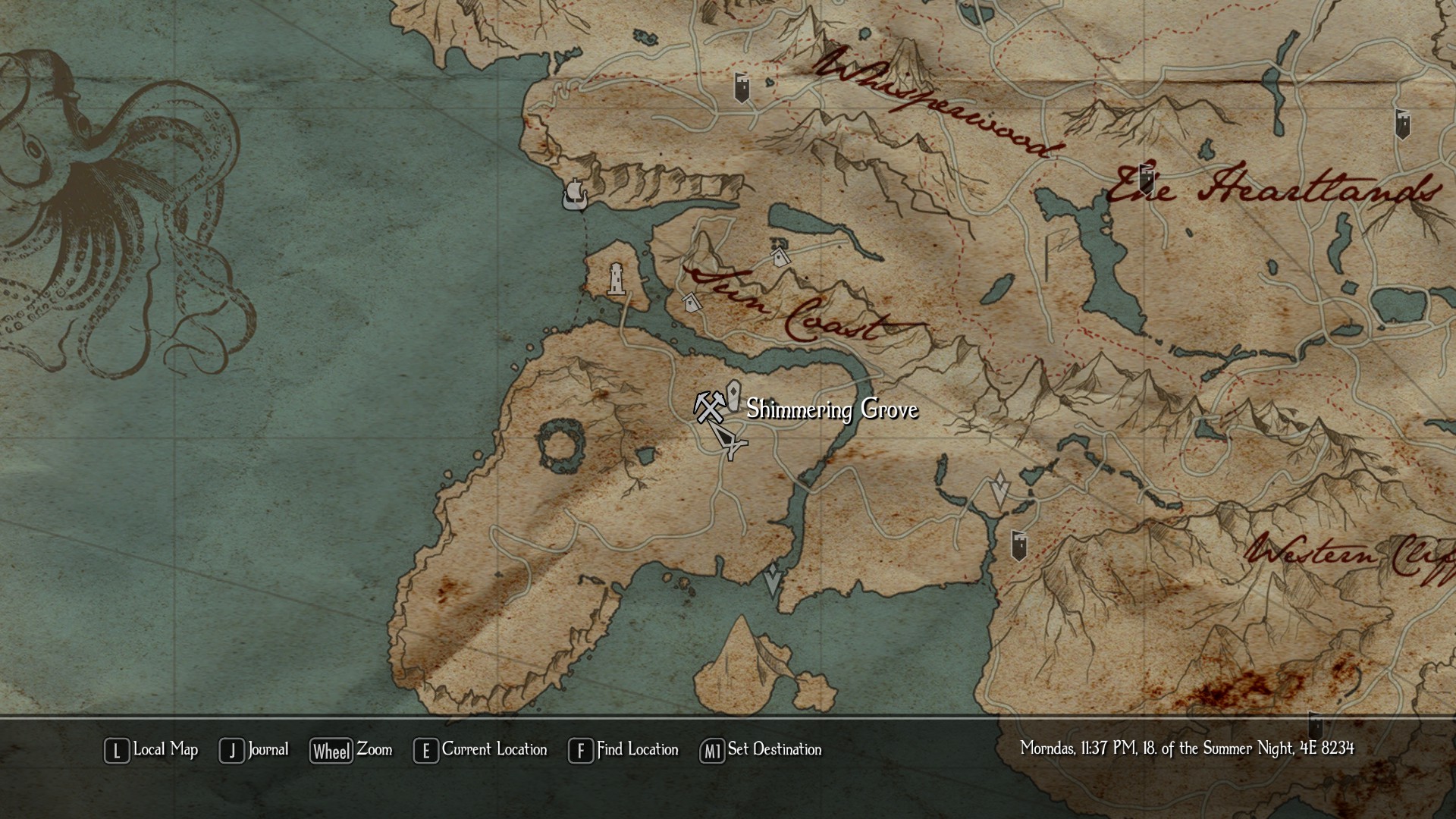 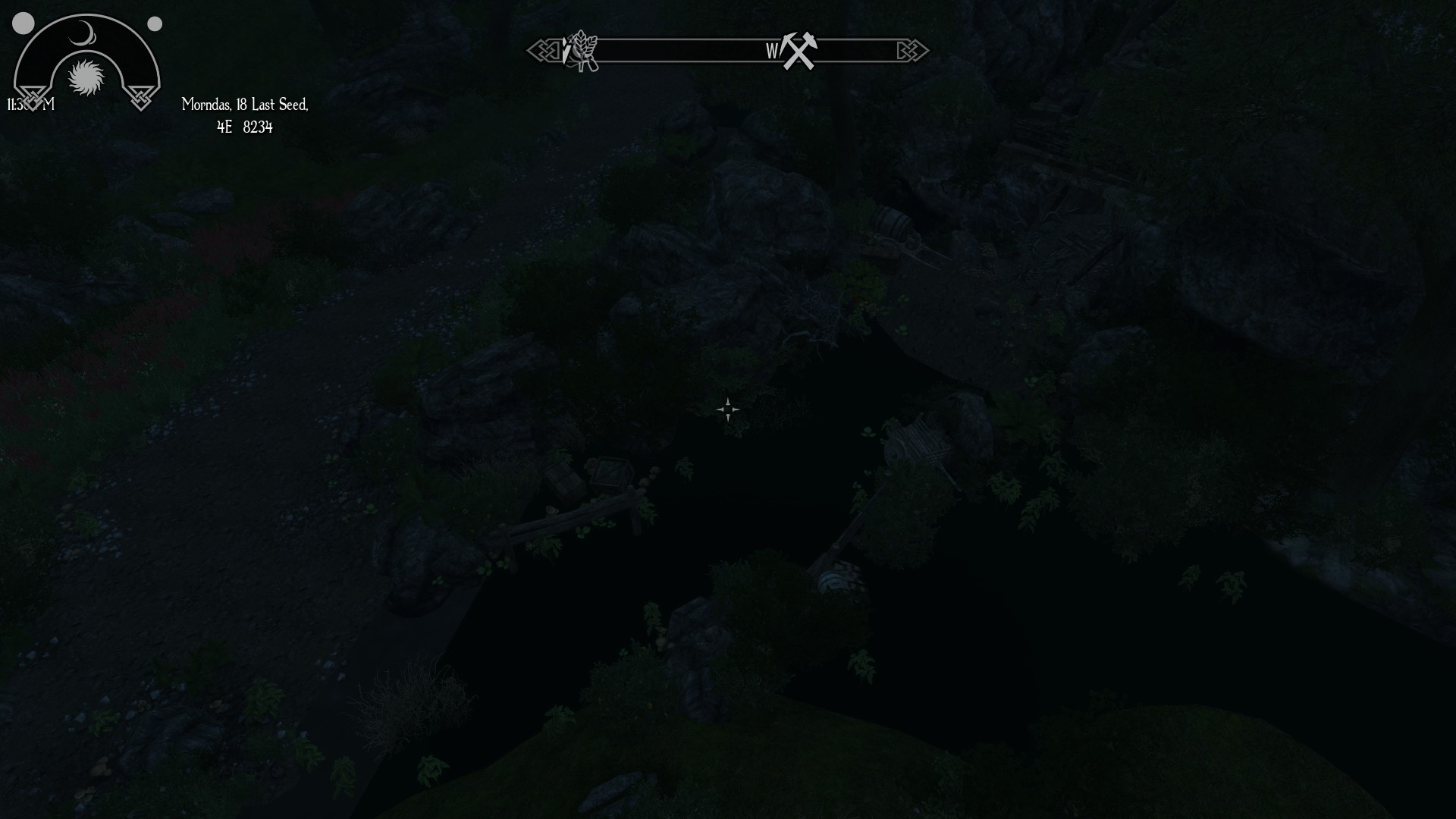 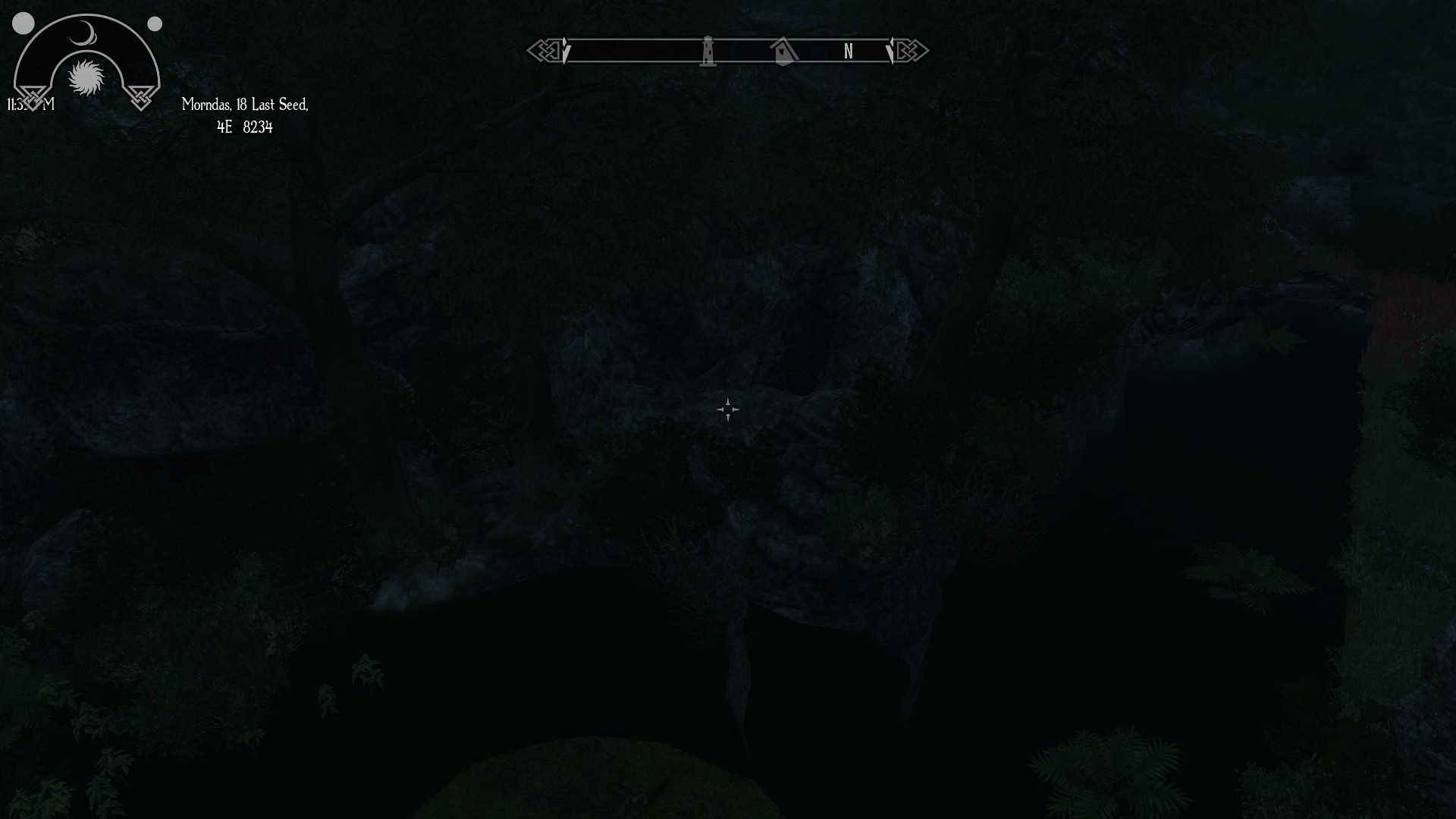 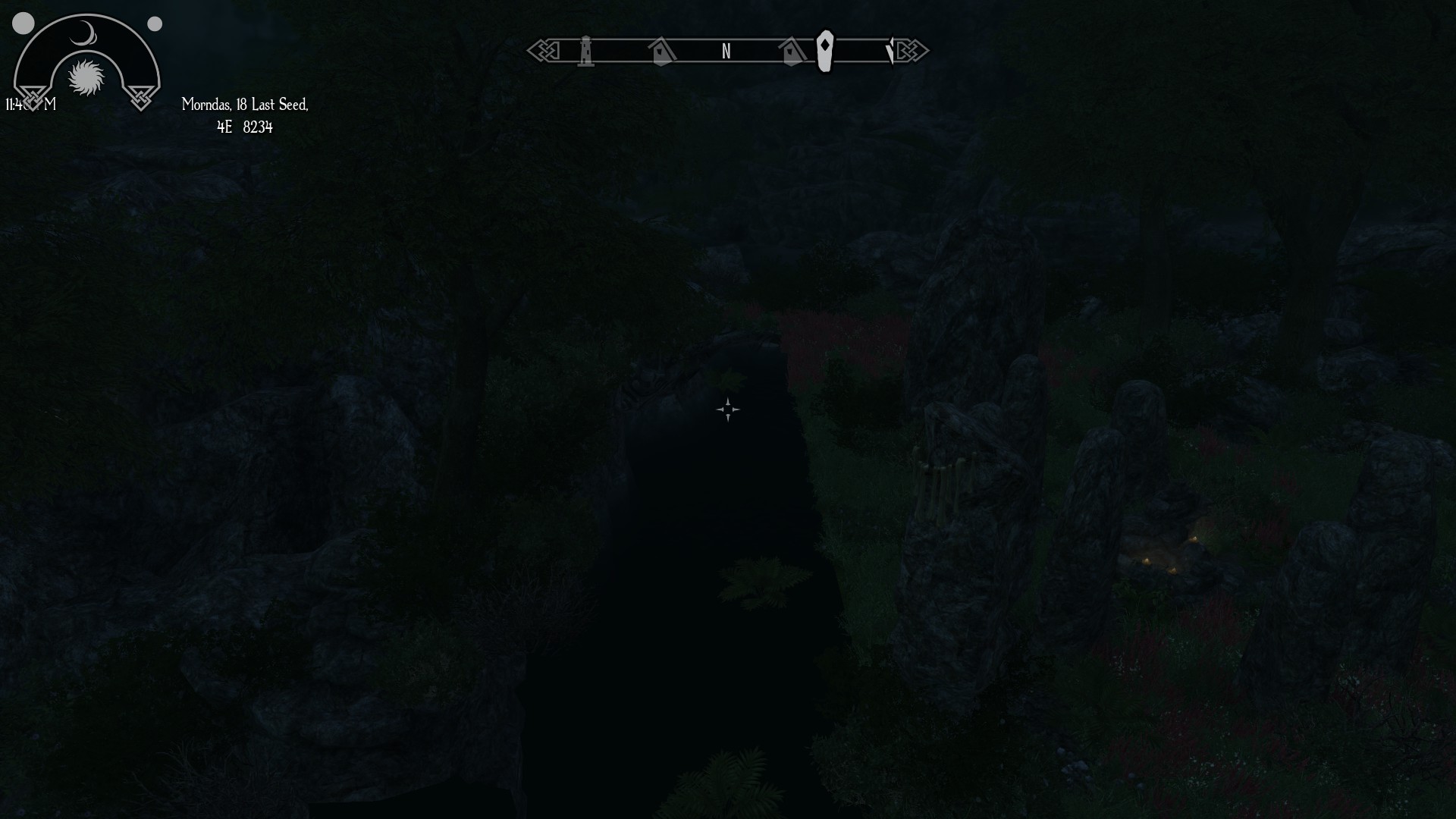 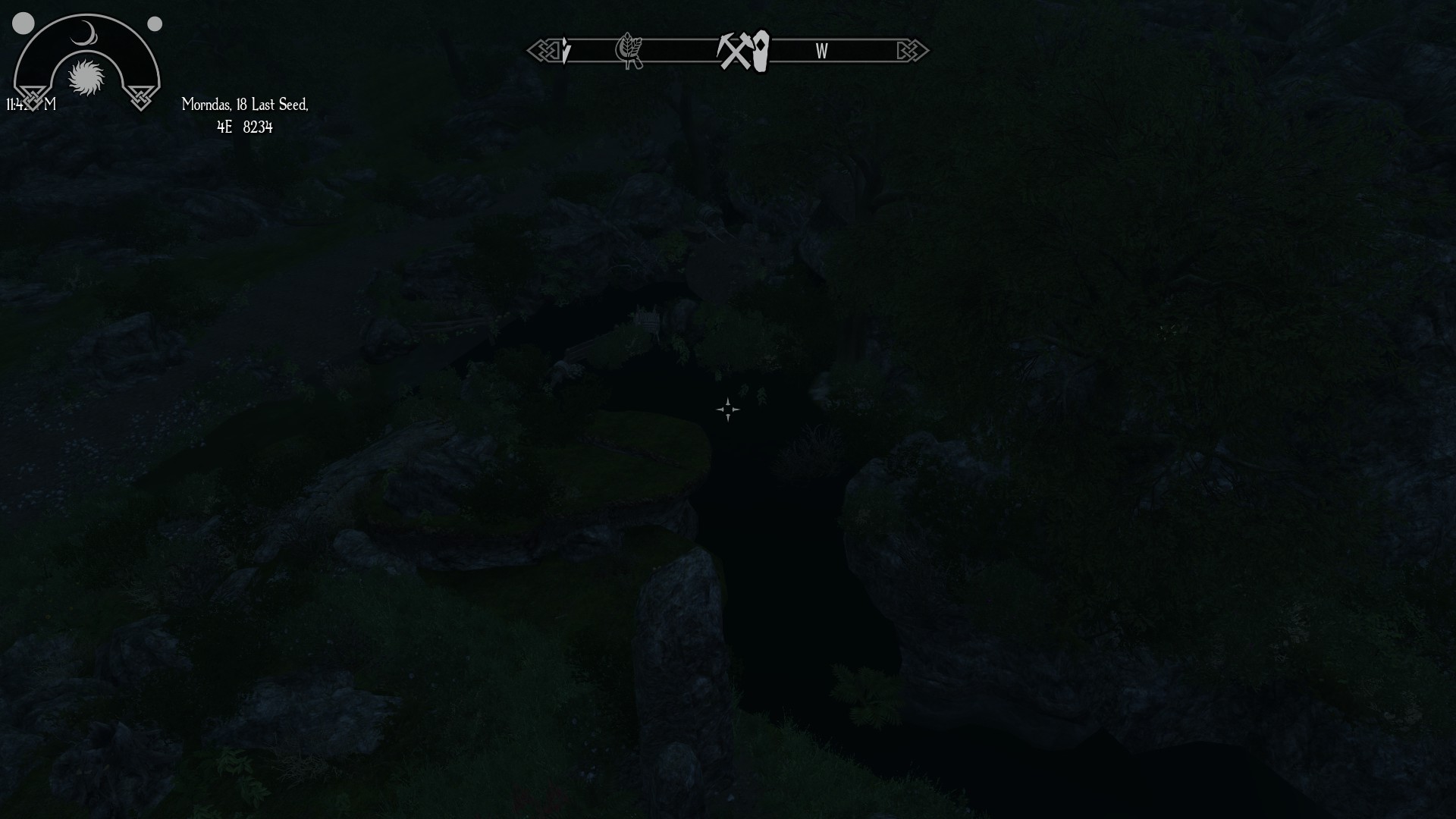 Zitat
Hi, welcome to the forums

Have you tried to uninstall all of your mods? If yes, could you upload a savegame:

found in ...\Documents\My Games\Skyrim\Saves, we'll need the skse and the ess of a manual (no quick- or auto-) save
pack them to a rar or zip archive and attach them to a post here

Zitat
no completely until just now after reading your message. i did just try out loading with no mods at all besides enderal installed and the problem fixed itself, so apparently its one of them, heres my LO while i do some more testing.. maybe you can catch something thats an already known issue before i find the problem child

Zitat
the "missing ground" issue is something that happened mutiple times,
and always with heavily modded games -
so it's not necessarily one mod that causing that, but some sort of conflict of multiple mods.

- skyUI (with mcm) is already included,
so even if it isn't the reason for the missing ground it will definitely cause issues.

-better dialogue controls is not compatible - lucky me, just today I found a really nice quote about that

(tl;dr SureAI changed some stuff with the dialogue system, BDC can cause issues with quest progress.)

- of the "faster arrows" and "realisitc ragdolls..." mod ist only one esp active, yes?

Zitat
alright, ill deactivate my copies of SkyUI and MCM as well as BDC .. though after testing i found the main source of the issue. its my conjure chest mod actually, oddly enough.. i was able to replicate the issue with the mod on, and with the mod off, there was no longer an issue with the ground. disappointing because its one of my favorite mods to use lol.. oh well.
-Edit- the duplicate skyui and MCM's makes sense because i did notice that the widgets from "a matter of time" would freak out from time to time, or the "skyrim" time globe wouldnt load properly while the "real" time globe i had setup would, but i f you restarted the game, there was a chance that whole mod would run with no issues. i had no idea why it was doing that, but now i fifugre that it was both SkyUI and MCMs fighting with each other. -end edit-

for "better ragdolls" im not really sure, it makes more sense to me to only have one of the options on, but its not one of the mods i normaly ran when i playing regular skyrim modded a while back
and "faster arrows" is a newer mod that i found so i might have too many of its esp active at one time, it automatically activated all of the esps when i activated the mod and so did better ragdolls, strangely

for future reference and possible conflict listing (i dont know if you guys do that) heres the mod's nexus page
https://www.nexusmods.com/skyrim/mods/1 ... escription

and on a side (half unrelated

) note, i found out that another mod that i wanted to use called Sneak Tools, causes an instant CTD so its apparently HIGHLY incompatible as well
https://www.nexusmods.com/skyrim/mods/19447

-edit- thank you for takin a look and letting me know about those conflict issues before hand. -end edit-
Nach oben

Zitat
you're welcome, that's what we're here for

16.12.2018 20:48ThatGothicNerd hat geschrieben: for future reference and possible conflict listing (i dont know if you guys do that) heres the mod's nexus page

and we do, thanks a lot for the heads-up