Immersive Detection of NPCs is listed on the Unstable and Outdated Mods Masterlist.

There is a download link provided for an alternative. But the alternative works on cell change/load. I am no expert on the Skyrim world building but it seems it would also work in Enderal.

Also, for people having font size issues I am using the Skyrim Interface Makeover for SkyUI. You just have to either hide the tweenmenu.swf if using MO or make sure it doesn't overwrite the Enderal tweenmenu.swf file with other mod organizers/installers. Otherwise the Skill menu selection will show up in your tab menu.
Nach oben

Zitat
Also, without having to use Immersive or added nocs, approximately 87% of LoversLab mods are compatible. I have checked them and ran LOOT with them. Then they all came out compatible so I ran some of the ones I installed. Boy did they ever work! Just wanted to let you in one the secret. But in Nexus, you have to run FNIS first by downloading it, then after you down loaded the mods, run the FNIS generator tool. You'll notice the warning as it comes up every time you d/load a mod that has any kind of animated movement.
Nach oben

Zitat
quote="Asherim"
The only issue is that to get Frostfall to work you have to install SkyUI normally, and that causes some weird issues with using the MCM (IE: if you click on a mod it might open options for a different mod instead)./quote

Im playing with Frostfall now, without having installed SkyUI. exposure bars have been appearing, and it seems to be working well, but then, that is without the Frostfall - SkyUI plugin being installed... Ive seen the warnings, though. The SkyUI integration is a bit of an issue on several accounts.
Nach oben 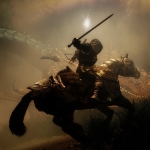 EbonKnight hat geschrieben:Has anyone tried the more complex mods with Enderal? I'm guessing that sadly, even though it would be perfect since Enderal's load order is so small, Duke Patrick's Combat and Archery won't work because it hevaily edits the skill tree? Not sure if something like Attack Commitment, TK Dodge and Mortal Enemies would work? I've tried HitStop and Recoil from the TK guy but I'm not sure I'm seeing the effects. WIldcat seems to work but anything past 1.50 damage for you and enemies makes the game way too easy + compared to some other combat mods it's fairly simplistic. I guess my biggest gripe with the mostly vanilla Enderal combat is the fact enemies are dumb as bricks yet have homing very hard-to-timed-block-or-dodge attacks, you get infinite stamina for light attacks and yet stamina regens slowly and finally archery feels incredibly iffy. All this stuff was mostly fixed with Skyrim mods but it seems that the best ones don't really play all that nice with Enderal.


Two mods that you might want to consider are Enderal Gameplay Overhaul and Wildcat - Combat of Skyrim. They can be used together, although, it is suggested to load Wildcat after EGO and in the MCM Menu you'll want to disable any options related to stamina for Wildcat.
Contributor to the Enderal Modlist
Nach oben

It has a feature where it will auto detect alchemist/blacksmith/enchanters but this feature doesn't work in Enderal. Instead, you can use a power added by the mod to make an npc into a crafter that the mod recognizes. This way you can have them craft you things like potions or armor. You can even have things enchanted. Also, you yourself have to have the blueprint so that smiths can craft armor/weapons.
Nach oben

Zitat
Alzucard has anyone contacted you yet about continuing on the mod list?
Nach oben

Zitat
Loot and degradation seems compatible, though I activated in the MCM only the loot module.
Nach oben

Zitat
Sorry, I don't speak German but I wanted to be helpful. I use the Google Doc maintained here. Just to let you know, "A Matter of Time" works without the fix linked in the comments section of the doc. Ever since update 1.1.3.3 SkyUI widgets now work as well as 3rd party widgets like AMoT. I have been using AMoT and SkyUI's current effects status widgets since that update every day and they work flawlessly. You can remove the link. I spoke to that mod author as well.
Zuletzt geändert von stuemper am 14.09.2016 01:20, insgesamt 1-mal geändert.
Grund: Moved to the respective thread in the english forum.
Nach oben

bcote25 hat geschrieben:Sorry, I don't speak German but I wanted to be helpful. I use the Google Doc maintained here. Just to let you know, "A Matter of Time" works without the fix linked in the comments section of the doc. Ever since update 1.1.3.3 SkyUI widgets now work as well as 3rd party widgets like AMoT. I have been using AMoT and SkyUI's current effects status widgets since that update every day and they work flawlessly. You can remove the link. I spoke to that mod author as well.

It works within the framework of the Enderal world or it displays the name of days, months .... of the Elder Scrolls world?

Meanwhile I have tried moreHUD and seems that it works.

suicreeps hat geschrieben:Alzucard has anyone contacted you yet about continuing on the mod list?

I've been helping to maintain the mod list for the past two weeks and there are a few other editors.

I recently moved several mods between the sheets and added several new ones that are stable.

Feel free to send me a PM here or use the reply option to comment directly within the document. I review it just about each evening for necessary changes.
Contributor to the Enderal Modlist
Nach oben
Antworten
199 Beiträge Seite 12 von 20
Zurück zu „Modifications“