Saves cannot be seen and loaded in game

Saves cannot be seen and loaded in game

I tried deleting some of my old saves but it didn't help. I also tried to start a new game to see if it'd happen again and it did, that's how I got the picture. I know I could start the game over and pick Ja but I really don't want to lose my progress.

I'm adding my two most recent saves (quicksave is more recent of the two), hopefully it'll help. If any more data is needed, I'll gladly send it but this is all I can think of at the moment. Thanks in advance to anyone who'll try to help me.
Dateianhänge
quiksave.ess
(1.46 MiB) 3-mal heruntergeladen MA720000.ess
(1.43 MiB) 4-mal heruntergeladen 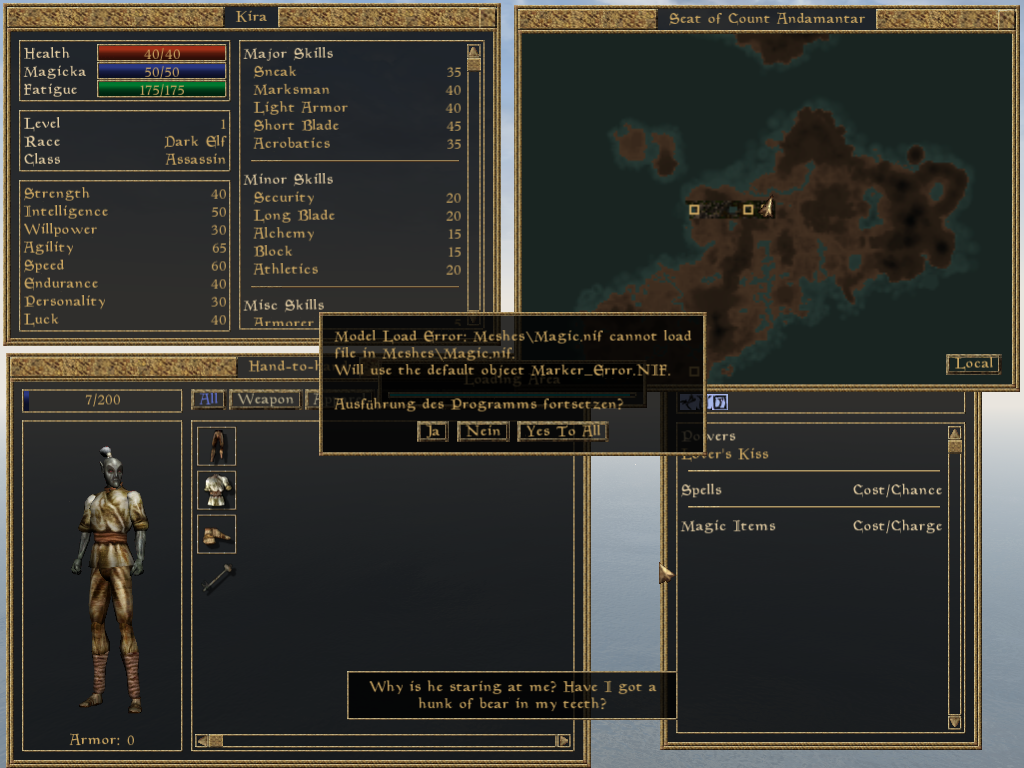 Re: Saves cannot be seen and loaded in game

Zitat
Hello Calla
unfortunately I can't load your savegames because they don't show up in the list, in the German version there are no bugs in the house mentioned (Andamantar, Moritan's House). A test installation from Moddb gives me various display errors right at the beginning.

You might be able to solve the problem with Yes to all or a clean installation (backup the save and delete the game folder first), but I don't know what's another wrong.
Archäologin und Mumiensammlerin? ja