Zitat
Firstly I just want to say how much I am loving the game so far.

I apologise if this has been asked before, but it is starting to bug me quite a bit now. Is it possible to separate your base skill level from your bonus on the hero menu.

E.G. I have a base Skill in Light Armor of 22 but due to a couple of bonuses I have received it displays on the hero menu as 27. I know it shows in green that that is not the true level and the true one is shown when I open the hero menu (for a s split second only) but it causes merry hob when I am buying skill books to have to

Is it possible to display it something like [Light Armor 22 (+5)] or something. It would also help when deciding whether to ditch equipment sets in favour of higher armor ratings.

Zitat
This feature is already implemented. If you hover the respective skill, it will display your current value and the bonuses on the right side in the hero menu.

Check out this screen (my game is in german, but that doesn't matter):
Dateianhänge 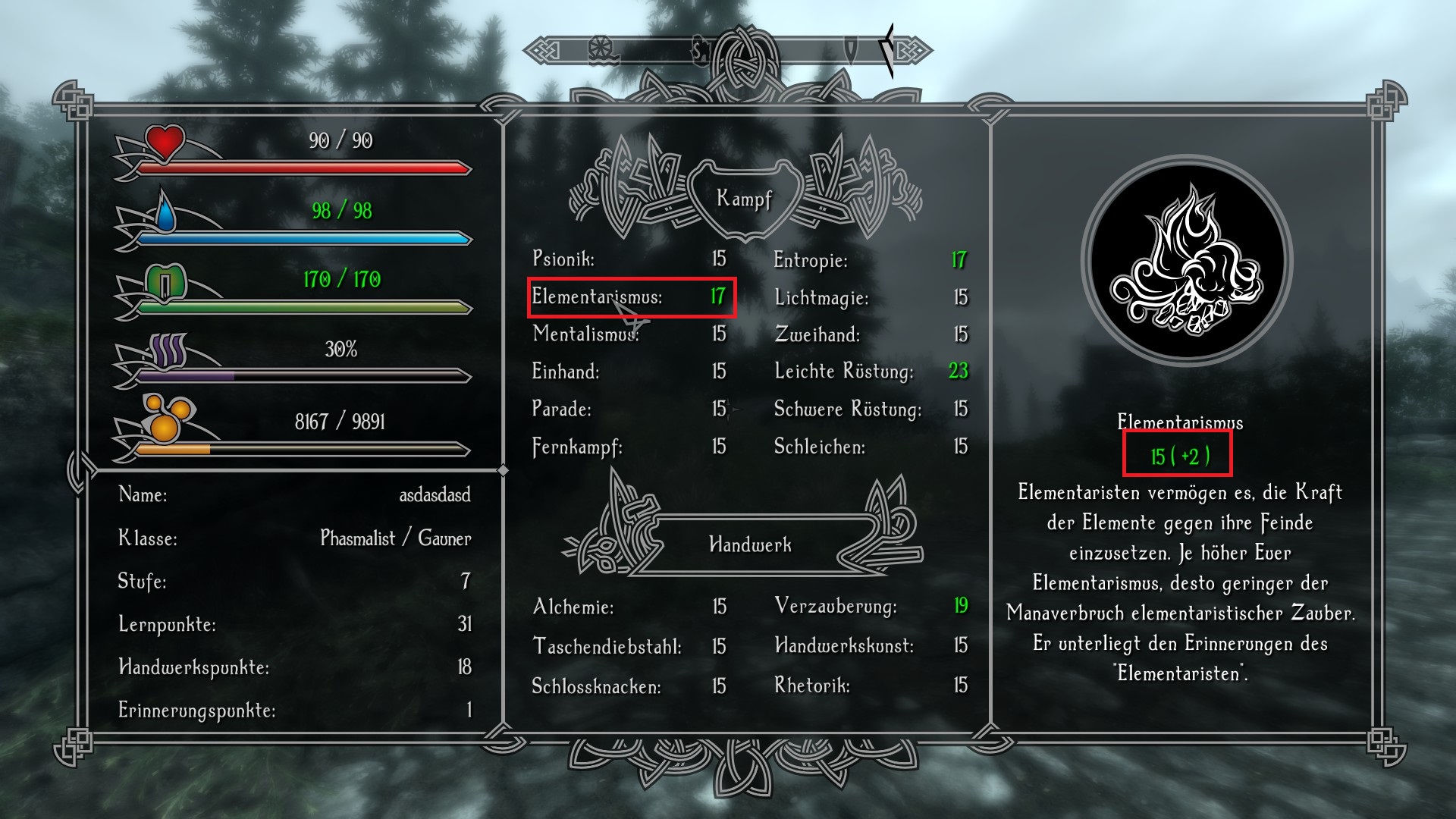 Zitat
OK, my bad. New wish. Since I play with a controller I have no way to "hover" the cursor over anything.
Not sure if it is easy or hard or even possible to allow one to scroll through/across the attributed to get that display up.
It currently doesn't show up, which is why I missed it.