The beginning of a story

The beginning of a story

Zitat
As the release draws in, here's a (spoiler-free) sample of Enderal and it's English voice acting.

Credit to Jack DeGolia for providing the excellent voice acting! You will hear more from him and over 30 other English voice actors in the English version of Enderal. (http://www.jackwestcoast.com/)

Zitat
Looks awesome! Can't wait for the mod to come out.

Question: will you do another dev diary before the release, or a Q&A video?
Nach oben

Sancez hat geschrieben:Looks awesome! Can't wait for the mod to come out.

Question: will you do another dev diary before the release, or a Q&A video?

Most likely no - currently there is just no time for any grand PR stuff.

The release date for the german version is fixed in stone and each day in which no bugs are fixed is a lost day. On the other hand there are still too many bugs remaining for focusing on anything else.

Zitat
I imagined that, but I suppose you guys will do a launch trailer before the release, even if it's just a mix of the old videos

Btw, is you need any english beta testers, just say the word

EDIT: maybe a written Q&A? Like we take all our questions, we post them somewhere and you guys choose which one can be answered? Or maybe you could stream an interview with DDproductions83 in his "get to know your mod author" series. I suppose Gopher would love to interview you guys, and it's easy PR this way.

Zitat
You know, you could just ask away in my Q&A-Thread

I try to answer all spoiler-free questions

The problem with interviews is still that it takes time from the bugfixers (Johannes and Nico) and as such are not an option.

BTW: on the question of trailers, we talked about it just earlier and there will be at least one more trailer for the DV release, perhaps also another one for the EV release

Zitat
I already got some of my questions answered and I don't want to bother you guys much more with others. Also I'm thinking about the bigger picture: and interview with Gopher and DD would give you guys a lot more visibility, expecially Gopher, every time he has an idea for a mod someone from his viewers go and make that mod. Since from your FB page I can see you still need people for English voices and other stuff, getting an interview done with Gopher would give you the boost in visibility you need to get more people on the jobs you need.

You already made some interviewes some years ago, but they were in german and didn't really put the project on the radar as much as an english interview with a big youtuber as Gopher would put you on. 1 hour or 2 hours interview seems to me like time well spent if the increase in visibility will help you get the people you need way easier.

Mine is just a suggestion, it's not like I'm getting something out of it if you guys do an interview or not, of course

And yes, I got other questions but I wouldn't dare posting them unless a lot of other people do the same for a Q&A session or similar, because I already posted a lot of them and got answered, I don't like being a pain in the ass xD
Nach oben

Don't worry, you can always ask! As Caleb said, though, it may take some time for us to answer.

As for Gopher, yeah, we thought about that, too. It's just true that, at this point, we need every second we can spare. Also, I don't know Gopher's personal eMail address, and I don't think contacting him via YouTube would be that fruitful.

Zitat
You may try his commercial address: business@GophersVids.com
It's from his youtube channel, to get it you must do the damn captcha thing, so it's something he read for sure. Technically an interview that will bring him views it's commercial, so you can use it. He also expressed interest in Enderal and in you guys before, so he's willing to accept for sure (https://www.youtube.com/watch?v=sfvNVLAkXZ0).

I believe you when you say you need all the time you have to bug fixing etc, I'm not arguing against you. What I'm trying to say is: is an interview with a famous youtuber who is really followed by a lot of people and modders themself, going to give you guys any advantages? I believe it will. I read about you people being rejected by voice actors etc because they don't know you and don't believe the project is going to be released, like other big modding projects before. So putting yourself on the big Gopher audience may going to give you that boost in credibility you need to have less rejections, for making only one example. It's not a waste of time if it's time well spent.

I may try contacting him for you if you want. I'm willing to help if there is something I can do. 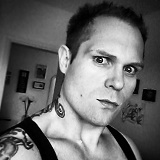 Right, getting rather late over here and I have a training session at the gym in the morning! Hope you enjoy the latest files Nic.
Nach oben

Zitat
Hey Gabriel,
Great to see you here. I haven't gotten them yet (Duul?).