It's been a bit quiet lately, and some people have asked me whether the DLC project is still alive - let me reassure you, it absolutely is. The team is still working hard, and I'm trying to get work done whenever I can.

The main reason I haven't been able to contribute nearly as much as I would have liked to, is because I was offered a very good position as a writer for Grimlore Games in Munich, working on the recent instalment of the Spellforce series. It was meant to be part-time, but due to the insane work-load it became a full-time job (more than that actually, but luckily I get all overhours paid). I also work on the week-ends, so you can imagine that I have not been able to contribute as much as I would have wanted to. Also, I have gotten back into making music (a hobby which I almost entirely dropped for Enderal) and am investing a lot of time into my novel (of which I've already finished the first draft, 550 pages, and which will be done this year).

The good news is that the writing for the DLC is close to completion already, so that the team isn't running out of task anytime soon. The bad news is that I feel bad getting financial support from you guys while contributing so little to the actual project.

In other words: The DLC will take a little longer than planned, but it will definitely be released - we're continously making progress, just not as fast as we did when I worked 50-60 hours a week. I thought about sharing the Patreon income with these on the team who are still working as hard as before, but if any of you guys want to withdraw your pledges, I fully understand. 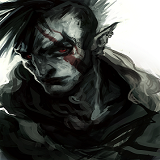